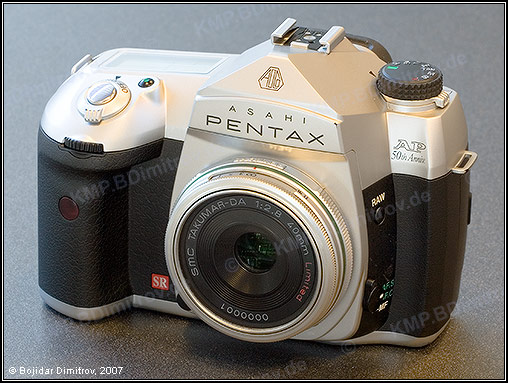 The year 2007 marks the 50th anniversary of the Asahi Pentax (AP) camera and in memory of this fact Pentax built a design study model based on Pentax K10D. The original AP was the first camera to feature a pentaprism and was the first body in Pentax’s history. This is surely the reason why the AP 50th Aniv. body features such a prominent and “old-fashioned” viewfinder.