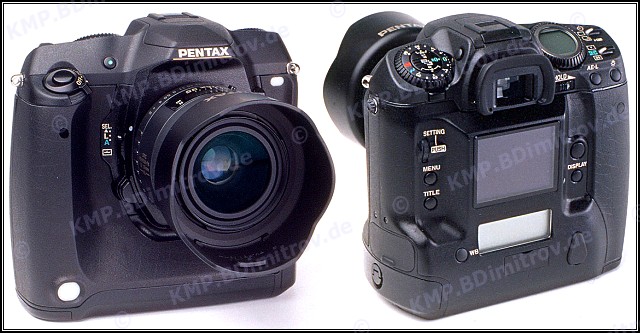 The MZ-D prototype was first presented at the Photokina 2000 in Cologne. At least one functional prototype existed. It was meant to be the digital twin of the MZ-S with which it shares many design and technical elements. The MZ-D incorporated an expensive “full frame” 36mm x 24mm image sensor with 3040 x 2008 Pixels and made by Philips. Pentax decided not to bring the MZ-D to the market. It took almost 3 further years until the first digital Pentax K-mount camera was available: The *ist D which incorporated a considerably smaller (23.5mm x 15.7mm) and much cheaper image sensor.

Interestingly, the Contax N Digital, also first shown at the Photokina 2000, incorporated the same Philips full frame sensor. Only in spring 2002 it was available for almost 10000 Euros. The Contax N Digitalt received mixed reviews, became a total market failure and was withdrawn within a year.