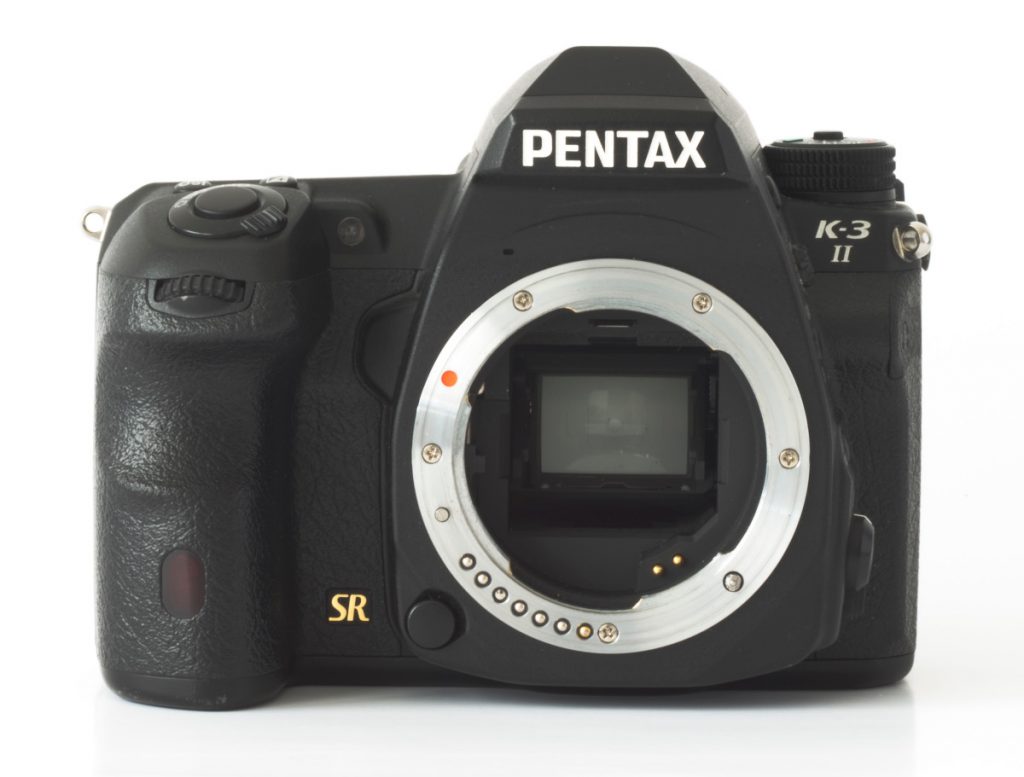 The CMOS sensor is operated to consecutively shoot four images for individual pixel. Using the overwhelmingly large volume of color information (24M×RGB), the Pixel Shift Resolution generates a single ultra-high-definition image. The increase in resolving power and color reproducibility makes it possible to obtain such high-definition images, especially when photographing stationary subjects. High-ISO noise is also greatly reduced, and, in theory, moiré and false color are not generated. During shooting, an electronic shutter is used so camera shake can be minimized.

The K-3 II features a built-in GPS function. Only with the camera itself, you can record the information of shooting location, facing direction, and the shooting date and time (Coordinated Universal Time) in image data. The K-3 II’s GPS button allows you to easily activate the GPS function when shooting.

Coupled with in-body SR (Shake Reduction) mechanism, this function easily tracks and photographs astronomical body such as stars. The latitude obtained by the GPS function, and camera position (horizontal/vertical tilt and facing direction) detected by the magnetic and acceleration sensors are used to calculate the movement of astronomical body. The CMOS sensor is synchronized with the movement of astronomical body, making it possible to capture stars as points of light not as trails of light even during long exposures.

The special Silver Edition of the Pentax K-3 II is announced to commemorate the 80th anniversary of RICOH’s foundation. It is limited to 500 units worldwide.